Humber College’s Television Writing and Producing graduate certificate program prepares you to work as a television writer and producer, and to work in the production offices and on sets of current major television shows.

In the Humber College’s Television Writing and Producing graduate certificate program, you will learn how to write, as well as create and produce, all genres of television shows from half-hour situation comedy, animation, children’s, one-hour episodic, reality and lifestyle to late night comedies, short films and screenplays. You will work with award-winning writers; producers; directors; set designers; editors; directors of photography; and development and network executives from Toronto, Vancouver and Los Angeles to learn the lucrative and creative business of television and film.

Learn from well-known guests, lecturers and faculty how to create, write, develop, pitch and sell the ideas that may one day lead to successful employment in writers’ rooms, production offices and on sets of major network television shows. 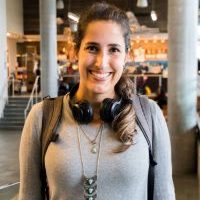 “I choose Humber College based on the curriculum and networking opportunities the diploma in Media Communications offers. During the program, I’ve learned how to produce and edit photos and videos and develop graphic design pieces as well.”

Some of the graduates of this program are presently working as writers and producers at major television networks and major independent production companies. Some are working on popular television shows on CTV, CBC, NBC and MTV such as Big Brother, Bitten and New Girl. There are graduates currently running top animation TV series and working as literary agents in major agencies in Toronto.